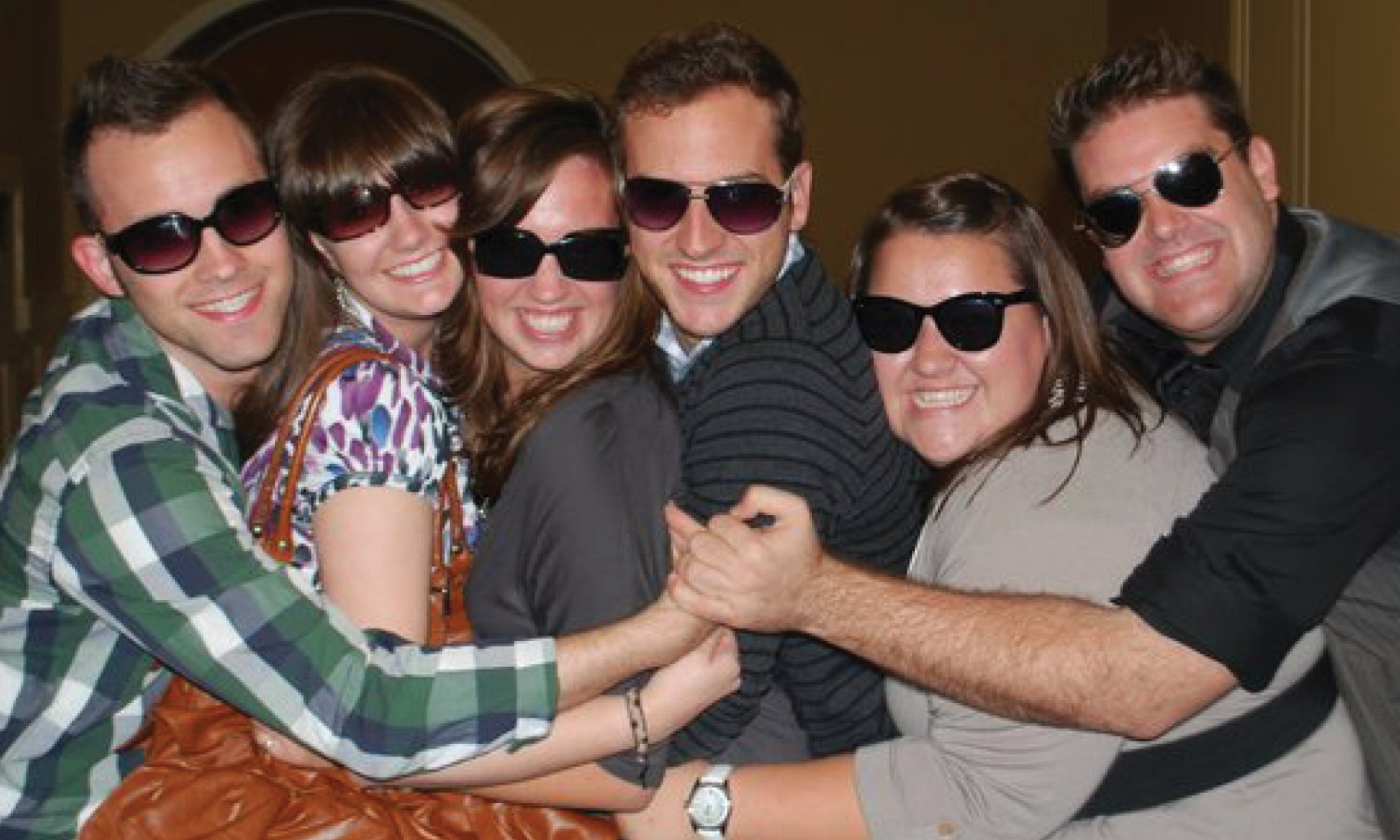 The night I met Katy Reeves, we were watching High School Musical 2.

Some friends and I were in an upstairs apartment in a white house on 7th Street where the air conditioning was set on tundra. It was the coldest apartment in the history of the world and within it, we put aside studying and homework for a night to watch the silly musical.

Right before Zac Efron began singing “What Time Is It,” Katy bounded into the room, the happiest girl who’s ever bounded into a room. My friends and I had heard all about her, how she was the most fun, most life-loving sophomore at Baylor. We’d heard, “You have to meet her,” more times than we could count and it was finally happening.

“Hi!” she said wearing a Theta shirt and workout shorts. There wasn’t any place for her to sit so she grabbed a folding chair and plopped down, immediately falling through the bottom and ending up in a crumpled tangle of laughter on the floor.

That’s how I met Katy Reeves.

And frankly, my life has never been the same.

The next three years were full of laughing and singing during late night treks to the Czech Stop for kolaches. With dancing and spinning around the dance floors of BRH formals. With spending long hours drinking Common Grounds and watching So You Think You Can Dance.

There was All-University Sing. Fall breaks at the State Fair. Christmas parties in our pajamas. Photoshoots on the Suspension Bridge. Photoshoots in Apartment 3. Photoshoots in Ft. Worth. Photoshoots in San Antonio. Photoshoots everywhere. Singing in After Dark. New Year’s Eve downtown. Sharing the same piece of gum. Spring Break. Dinners at our table at the Olive Garden. Graduations. (She stayed up late into the night quizzing me on my Spanish vocabulary cards so I could pass my final and graduate.)

Then there was the spot in her eye.

Those of us who were around when that first call was made 11 years ago set ourselves to believing for Katy’s healing. Whether that was by the hands of a doctor and the supernatural gift of science, or if it was the sort of biblical snap where one day it’s there and the next it’s not, we believed and never for a moment considered otherwise.

In many ways, we took our cues from Katy. Through calls and conversations and texts and posts and blogs, she reminded all of us—the ever-ballooning us who became knit to her through our prayers—that she had faith and so should we.

At times, that dynamic flipped, we believed for her when the news was too dire or the pain was too great—even Moses needed help and all he did was hold up a staff—but at no point did I consider this was insurmountable because Katy’s faith bolstered my own. Our own.

As I’m writing this, I’m watching Carrie Underwood and CeCe Winans sing “Great Is Thy Faithfulness” on TV and nothing has ever felt more appropriate. It’s the sort of timing Katy would know wasn’t a coincidence.

The man who wrote the song did so a hundred years ago and wrote it about God’s faithfulness throughout his life but as I listen to it, I’m overcome by the fact that throughout the past ten years, Katy inspired thousands all around the world with her faithfulness. Her insistence that God had not lost track of her.

Many were gobsmacked by the amount of faith she showed year-in and year-out. She inspired and amazed us with her unflinching reliance on the God she knew was in control, even in the most out of control moments of her life.

I was among those who were at times bewildered by her relentless faith but I was more so impressed by her insistence on being honest with her doubts. The way she wrestled with God about why this was happening to her and the way she let other people know it was okay to do so as well.

In the Bible, Jacob wrestled with God. “I will not let go until you bless me,” is what he declared and that’s how I saw Katy. I saw her as a Jacob, wrestling with the human parts of herself to know God more clearly, and by writing about it, she invited everyone in her ever-expanding circle to do the same.

Katy was a writer. She dreamt of her words being an encouragement and her story having meaning for many. I think she imagined that taking shape in the form of a book but she was already doing it, in real time, every time she posted a new update or blog post. We are the fruit of that gift of hers and the ripples of her heart song will echo farther than she could ever imagine. She was mighty and she grew even mightier over the past decade.

Her words reached more people than she would ever know. Katy’s Army began as college friends and church goers, as BRH parents and family members. As she wrote and shared her journey on her blog and Caring Bridge, her ranks expanded to include friends-of-friends and people on the internet who’d never met her but prayed faithfully for her and her family. Who prayed for Jeff, the man she loved infinitely, and for Sadie, the little girl she loved more than anyone in the entire world.

That’s the thing. Life didn’t stop with that spot in her eye. There were Homecomings, New Year’s breakfasts, and we celebrated her 30th birthday in an underground tiki bar in Manhattan. There was her wedding to Jeff full of love and Blue Bell and fireworks. There’s sweet Sadie, her miracle who became the light of her life. There’s her family she loved fiercely, her sorority sisters who became even more of a family after their Baylor days were behind them, and an entire online community that’s grown exponentially with each passing year.

The fact so many are celebrating her life today is a testament to the way Katy’s words and life affected and challenged and encouraged each of us.

For me, I’ll remember the words we exchanged. She’d often send me an email with “I Chose You” in the subject line because she needed someone to vent or ramble to and the first line would always begin with “I don’t know who to tell this to but I chose you.” We talked about dreams and goals, the big things and the little, the hurts and the healings. She made me laugh riotously and singing with her was a dream whether it was on stage or in the car.

But mostly, she’s been one of the great teachers of my life. A teacher who showed me what being faithful really means. Because in the end, if endings there must be, Katy Reeves Smith was faithful.

One Reply to “For Katy.”