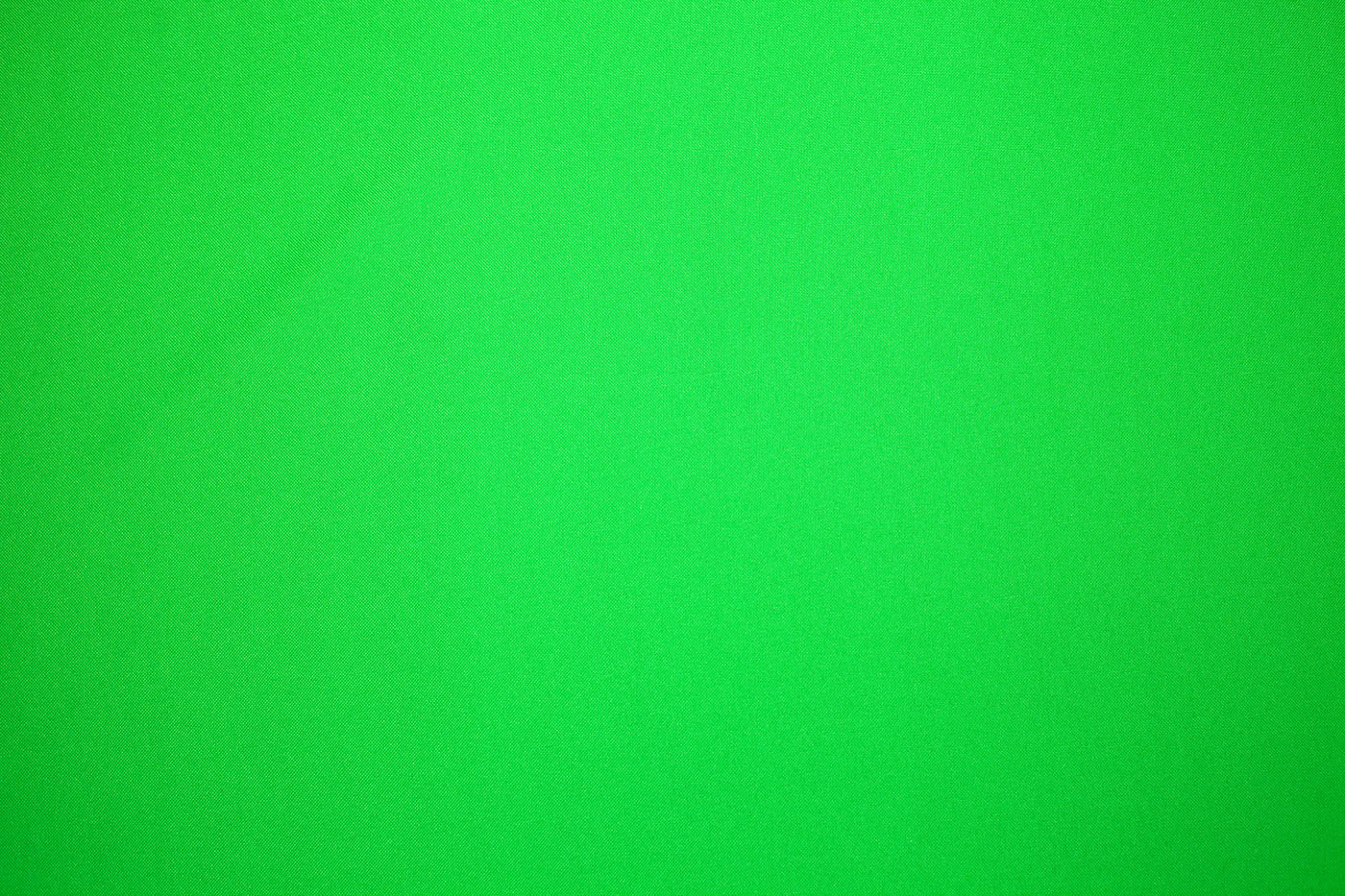 I love where I live. In a broad sense, I love New York City more than anywhere else in the world with the possible exception of the Enchanted Tiki Room at Disneyland. This place just does things for me. New things, all the time. It’s addictive in that way.

In a more local sense, I love my little corner of West Harlem. Since I moved in 8 years ago, it’s felt familial and evolutionary; a neighborhood where entities both cultural and commercial shift like tectonic plates up and down Broadway.

My apartment building mirrors this. Among the extended families who’ve lived there for decades and always will, tenants move in and out in an almost clockable rotation. We mostly meet those new neighbors in the elevator and as we share the same confined space for a few floors, there’s just enough time for a cordial greeting or an awkward silence. It’s usually the latter.

I used to hate the silence trapped with a stranger but my elevator rides have become far less awkward since Joey, my furry little best friend who’s happy to see and sniff anyone, moved in. Now, he introduces himself to each new elevator person like the goofy little dumb-dumb he is and everyone from the annoying kids who play in the hallways to the tiny abuelas who spend their days cooking pernil bend down to pet him. In return, he wags his tail as if it’s his calling to do so. I think maybe it is.

As much as he’s well-liked now, the first month or two Joey lived with me was an adjustment in that he was new to the whole “having a person” thing and didn’t like when I had to leave him to go to work. This is understandable as I am the bearer of all good things for him: food, water, food, walks, food, toys, food, blankets, food and food. His stress over my absence materialized in barks and howls so I got to know my neighbors in the hallway as they talked about how “chatty” my dog was when I wasn’t home.

One of those neighbors was an older, perhaps elderly, man who lived across the hall. One particularly snowy afternoon, we found ourselves in the elevator together and he made a comment about the weather being so wet and cold. I agreed and told him I wasn’t looking forward to taking my dog outside in it, to which he replied, “Oh you’ve got the talker.” I appreciated that moniker so much more than the folks who made comments like, “He’s been barking all day,” with an inflection that informed me it was both my fault and I’d failed at being Joey’s person. I’ll take “the talker” over that any day.

The man looked like a Hispanic version of Grandpa Joe from Charlie and the Chocolate Factory (the unnecessary Johnny Depp version), had only a few teeth and spoke in raspy exhales. He mostly kept to himself but had a habit of lingering in the hallways while carrying on one-sided conversations with no one. Everyone in the building just sort of let him be.

My first real interaction with him was when I opened the door to the trash closet on my floor and found him inside pulling cans out of the trash bags. Beyond his unanticipated presence scaring the crap out of me, it established him as the sort who goes through the trash to retrieve and then take discarded cans or bottles to recycling centers in exchange for their nickel trade-in value. There are many people in this city who do the same and since the grocery store near my apartment has such a trade-in center, I see them every day pushing their shopping carts full of aluminum cans and plastic bottles to be transformed into cash. When I was a kid, my dad would take my brother and me to dump our trash bags of aluminum cans into recycling centers for the same reason.

After that initial scare in the trash closet, I’d smile when we passed each other in the hallway but he never really said much to me until we spoke in the elevator about Joey’s separation anxiety. He said he’d had a dog when he was younger who was also “a talker.” He exhaled, “I loved that little dog. He was a good pup for me when I was a boy.”

Sometimes, most times, we don’t think about the backstories of the “crazy” people we encounter. They’re just “the crazy old man in the trash digging for cans” or “the crazy woman in Columbus Circle shouting at people.” Even with our heightened awareness of mental health issues and the disservice it is to people to refer to them as “crazy,” how often have we actually considered that person’s upbringing, the life they’ve lived, or their childhood dog who they loved with the same measure with which you love your dog today?

It was a short comment about his childhood dog but it served as a divine reality check for me. After that conversation, I made a point to greet him in the hallway when our paths crossed. Sometimes he responded with words and other times with raspy exhales and mumbling to himself, but he was always happy to pet Joey in the elevator.

One evening a couple months ago while I was watching television, I heard a commotion in the hallway. I know better than to invite calamity into my apartment but I also knew I needed to take Joey outside before bed so I saw this as a golden opportunity to allow Joey do his business while also employing my most profound spiritual gift: eavesdropping.

With a very excited Joey on his leash, I opened the door and slowly made my way into the hall. Grandpa Joe’s door was propped open and the hallway was lined with enormous piles of over-stuffed trash bags. Two people I recognized from the building were standing outside his apartment door, the voices of others were coming from inside, and I watched as they hauled trash bag-after-trash bag into the hall. As they did, I heard Grandpa Joe shouting from inside the apartment, “No! Don’t take that. I need that!” He sounded frustrated and helpless and though I put together he was a hoarder and these folks were mid-intervention, it was upsetting to witness. I didn’t have much time to stare though because when Joey’s ready to go outside, he pulls at me with the intensity as a sled dog so down the stairs we went.

I learned pretty early I have a penchant for collecting things. As a kid, I collected stamps and baseball cards. As a teenager, I collected CDs. Today, there are more Funko pops in my apartment than there are people in my building. But I’ve also learned collecting things is a gateway drug to hoarding so I’ve had to be diligent to pump the breaks and let things go. Luckily, the size of my apartment serves as a sort of collection regulator, be it Jurassic Park action figures, Swedish Chef memorabilia, or books. There’s only so much space so at some point, the stuff must go. I tell myself, “they’re just things, they’re just things,” as I put them in boxes under the bed or give them away. “You have love and friends and family and a dog and the rest is just stuff.”

When Joey and I returned upstairs, the scene in the hallway had intensified. More trash bags had accumulated and though I couldn’t see inside his apartment, I could hear Grandpa Joe toothlessly telling them he needed what they were removing. His exasperated pleas fell on deaf ears and they were already throwing the bags into the elevator so they could move them to the street. As I approached my door, he darted into the hallway, moving about a hundred times faster than I’d ever seen him move, and he huffed and puffed at his tormentors as they stood their ground. It was every bit as sad and confounding as the TV shows about hoarders and I felt terrible for him. This clearly needed to happen, but all he could see was people taking away his stuff.

I’d often wondered why he separated the cans and bottles he’d procured in the hallway rather than inside his apartment. Long into the night, he’d sit outside his door on a little stool and sift through everything he’d salvaged that day. I thought it was especially odd when he had an apartment merely inches away but apparently, it was packed so completely there wasn’t any space left inside.

Last night, when I arrived home from work, there was a stocky, blonde-haired police officer hovering in the hallway near the elevator. He watched everyone who walked by as if he was expecting someone specific and I guess I was not that person. As such, I went about my business, rather, I took Joey outside so he could go about his business, and after coming back upstairs, Joey made a beeline for the short cop. As he wagged his tail, I tried to pull him toward our apartment and apologized to the cop for Joey’s invasiveness. He said it wasn’t a big deal but I still wondered if everything was alright. So I asked. He said everything was good and smiled slightly; the sort of public access acting that’s convincing to no one. Something was up.

A few hours later when it came time to take Joey out for his evening walk, I was intercepted by one of my neighbors. She speaks little-to-no English but with a look that was half-surprised and half “you-didn’t-hear-this-from-me,” she pointed to Grandpa Joe’s door and made the crude motion of running her finger across her throat like a pirate threatening to kill. I gasped, mostly because of the effectiveness of her hand motion in conveying something so grim, and she then said he’d been dead in his apartment for four days. My heart sank into my gut.

I don’t know how he was discovered, perhaps one of the neighbors who’d put up such a fight about the state of his apartment was concerned about not having heard from him, but late last night, there was a green sticker on his door denoting no one could enter. It was garish, a neon green seal to serve as a warning that what’s inside isn’t safe. I looked up police reports and found nothing. There’s nothing listed anywhere with which to identify or memorialize him in any way. It’s as if all that indicates he was here, that he lived and loved, is a green sticker on what used to be his door.

But he was more than a green sticker. We hardly even spoke but he was never unkind. He smiled a toothless smile while he sat outside his apartment door separating cans and bottles and he always asked about my little furry “talker.” He was our building’s recycling guru, doing the Lord’s work of ensuring discarded plastic didn’t make it to landfills. He was a man who had a dog he loved as a boy.

One Reply to “Green Sticker on A Dead Man’s Door”