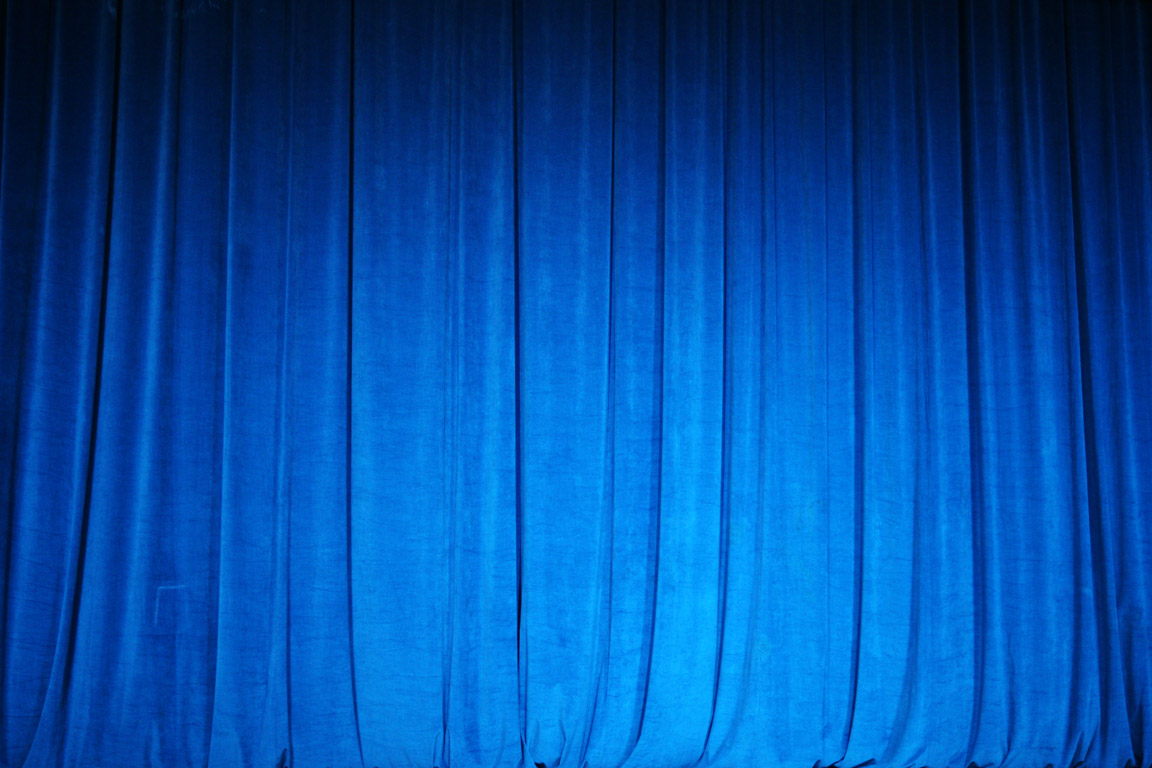 Reginald came into my life when I was in high school. His arms flailed around when he danced, he didn’t watch what he said for fear he’d say the wrong things, and if anyone made fun of his voice, a voice that could only be described as Kermit-esque, it never fazed him. I’m fairly certain he only combed his hair on Easter because every other Sunday morning it was a tangled mess, he wore the same outfit over and over and his beady eyes bugged out of his round face. He was who he was and that was that. He was a hoot.

Reginald and I worked upstairs in Kid’s Church where we helped illustrate sermons on Sunday mornings, told Bible stories together during VBS, and danced to silly songs from Veggie Tales. We had the most fun and we did it all from behind a big blue curtained stage.

Reginald was the puppet I brought to life each week.

I’d loved puppets since I could connect sight and sound. Though I watched The Muppet Show daily and was fluent in Muppet long before I could speak English, I didn’t really identify them as puppets. They were characters on the TV; friends who happened to be a frog, a pig, a bear and a whatever. (Kermit, Piggy, Fozzie, and Gonzo respectively.) But during my first year at Kid’s Camp, one of the morning services featured a giant puppet show. It looked, to me, every bit as professional as something on Sesame Street and as the overhead lights dimmed, black lights turned on. Puppets glowing in totally rad neon colors sang about loving God and being kind to each other and from the small hand puppets to the human-sized costumed characters, I was dazzled. I lost all the feeling in my legs by sitting cross-legged on the floor but I didn’t care. Puppets were awesome and I understood them.

It’d be a while before I began voicing puppets of my own but eventually, Reginald and I held court in Kid’s Church nearly every week, the kids becoming more and more invested in his cockamamie stories and his penchant for not understanding the day’s lesson. No matter the subject, Reginald had questions. Lots of them. It was up to the pastor to then break it down so he (and the kids) could understand.

Along the way, other puppets joined the fray to create a sort of fraternity of mismatched characters. There was Reginald’s grandfather who, with his tufts of white hair and unruly mustache, was hard of hearing and needed the pastor to shout into his ear. There were Reginald’s friends—a black boy named Henry and a blonde girl named Susie—who were always the voices of reason, and two flamboyant toucans, an orange brother named Jean Claude and his fuchsia-plumed sister named Regina Conchita Bonita Francesca Louisa Mary Ellen Elizabeth III, a ridiculous name partially pulled from Dot on Animaniacs.

Over the years, nicer, more expensive puppets were purchased by the church, the sort that require two people to man. One controlled the head and the other slid their arms into the puppet’s hands to bring them to life. I always held a bit of a grudge toward the newer puppets. Reginald and the gang had seen better days—they were held together by super glue and prayer—but I didn’t like the new fancy puppets coming in to steal their playtime. It wasn’t much of an issue though because regardless of how much the pastor wanted us to use the new puppets, the kids continued to ask only for Reginald. We eventually found a balance (70/30 favoring Reginald) and we treated the bigger, newer puppets like Reginald’s older friends from out of town.

While sometimes being the voice and muscular system of a puppet every week could verge on becoming tedious, every now and then, our Children’s pastor was invited to “take over” the Sunday night service. That meant the puppet stage and the entire puppet fraternity were coming along for the ride and we got to do our shtick for a substantially bigger audience.

In our meeting before one particular “Kid’s Night,” Pastor Jerry told me roughly where he was going with the sermon, when Reginald should pop up and at what point he should disappear. This was our weekly routine so it felt like no big deal. He also said at the end of the service, Reginald should come back to say bye to the congregation like he did in Kid’s Church. Made sense.

Near the beginning of his sermon, Pastor Jerry called for Reginald just like he would on a Sunday morning and at the behest of the audience shouting “Come out, Reginald,” he popped up from behind the blue curtain. As he looked around the sanctuary, he began saying slowly in wonderment, “Wow. This place is so much bigger than…” but stopped abruptly. Looking at the audience, he screamed in shock. Jerry, standing at the side of the puppet stage, tried to calm him down by telling him he didn’t have anything to be afraid of and Reginald stopped, took a pause, and then whispered, “But they’re all so old.” The audience laughed and I felt like I was in the pocket. We went back and forth about the topic of the sermon and eventually, Reginald’s bit was over. He “walked down the stairs” behind the puppet stage and said, “Bye old people!” as he did. The audience clapped and I felt like I’d done a solid job.

As the end of the service approached, I took my cue and brought Reginald back up when Pastor Jerry previously told me I should. He asked Reginald if he’d had a good time that night and Reginald responded he was scared at first but the elderly had really grown on him. Jerry said he wanted to pray to close the service and I, thinking this was part of the wrap-up I’d brought Reginald to be a part of, offered to do so.

This wasn’t out of character. Many a Sunday morning ended with Reginald praying for God to keep the kids safe that week and to bring them back next Sunday. What I didn’t know was that the senior pastor of our church was standing on the stage next to Pastor Jerry, fully expecting to close out the service himself. I was in the dark, completely hidden behind the puppet stage, unable to see anything.

I remembered hearing stories from my youth pastor’s wife about how a praying puppet showed her what God’s love looked like when she was a kid and I, having had a similar experience during that first year of Kid’s Camp, knew this made sense. I also didn’t think anything of praying as a puppet because I did so on a near weekly basis.

So he did. The prayer was genuine—even if it was said while using a Kermit-esque voice—and he prayed for safety for the congregation as he’d done so many times before upstairs. It was short, it was simple, it was over.

That’s when Pastor Jerry said, “And now, we have the pastor to close the service.”

The pastor immediately began speaking which was my first inclination he’d been there the entire time, and as he prayed, I bowed Reginald’s head. I did this anytime someone prayed upstairs as an example to the kids that even a dummy like Reginald knew when to be quiet and still. When the pastor said “Amen,” Reginald danced with the exit music until the song was over and it was time to pack up the stage and return it upstairs.

Apparently, Reginald requesting to pray in the service did not play well and some of the adults in the audience thought it was both rude and inappropriate, especially with the senior pastor waiting in the wings to do so himself. So often, public prayer is used less as a way to talk to God and more as a way to get in the last word or bestow the seal of approval on something and in this case, it was the latter. The pastor was going to close out this kid-centric service in a gesture that was intended to show that the children’s ministry was a priority for our congregation. None of this was communicated to me beforehand and again, I couldn’t see anything through the blue curtains.

I moved the stage back upstairs and came down to find no one talking to me. I asked one of my friends what happened and his response was, “The prayer thing didn’t work with the adults.” Couple that with it being the last impression of the service and it effectively erased any memory of our funny bits from earlier.

I then went from no one talking to me to lots of someones giving me their unsolicited opinion rather quickly.

The prayer thing was a little inappropriate.

The first part was funny but the last part didn’t work.

It’s pretty ridiculous to have a puppet pray.

Maybe next time, don’t have the puppet pray so it won’t be so sacrilegious.

That last one really walloped me. Sacrilegious? Really? If that was the case, what did that say about me that I’d been so affected by puppets as a kid? I thought and overanalyzed the final moments of that service for days, so much so that the following Wednesday night, I found Pastor Jerry and apologized. His response? “How could you have known? You were behind a curtain.”

I explained how I’d been told I was sacrilegious, something that’d given me a complex about the state of my faith all week, but he told me not to worry about it because what worked upstairs in Kid’s Church didn’t always translate to the adults. Also, the moments that had an impact on me, whether brought about by a person, a puppet or a Muppet, were mine, were valid, and no one could take them away or diminish their meaning. I’ve held onto that for the rest of my life.

I said I hoped Reginald would still be allowed to be a part of the services and he said, “Of course he will. He’s their friend and kids need their friends. That bit didn’t go as planned but nothing goes as planned in Reginald’s world. That’s why the kids like him, because he’s always learning from what goes wrong.”

Reginald and me, always learning from what goes wrong.