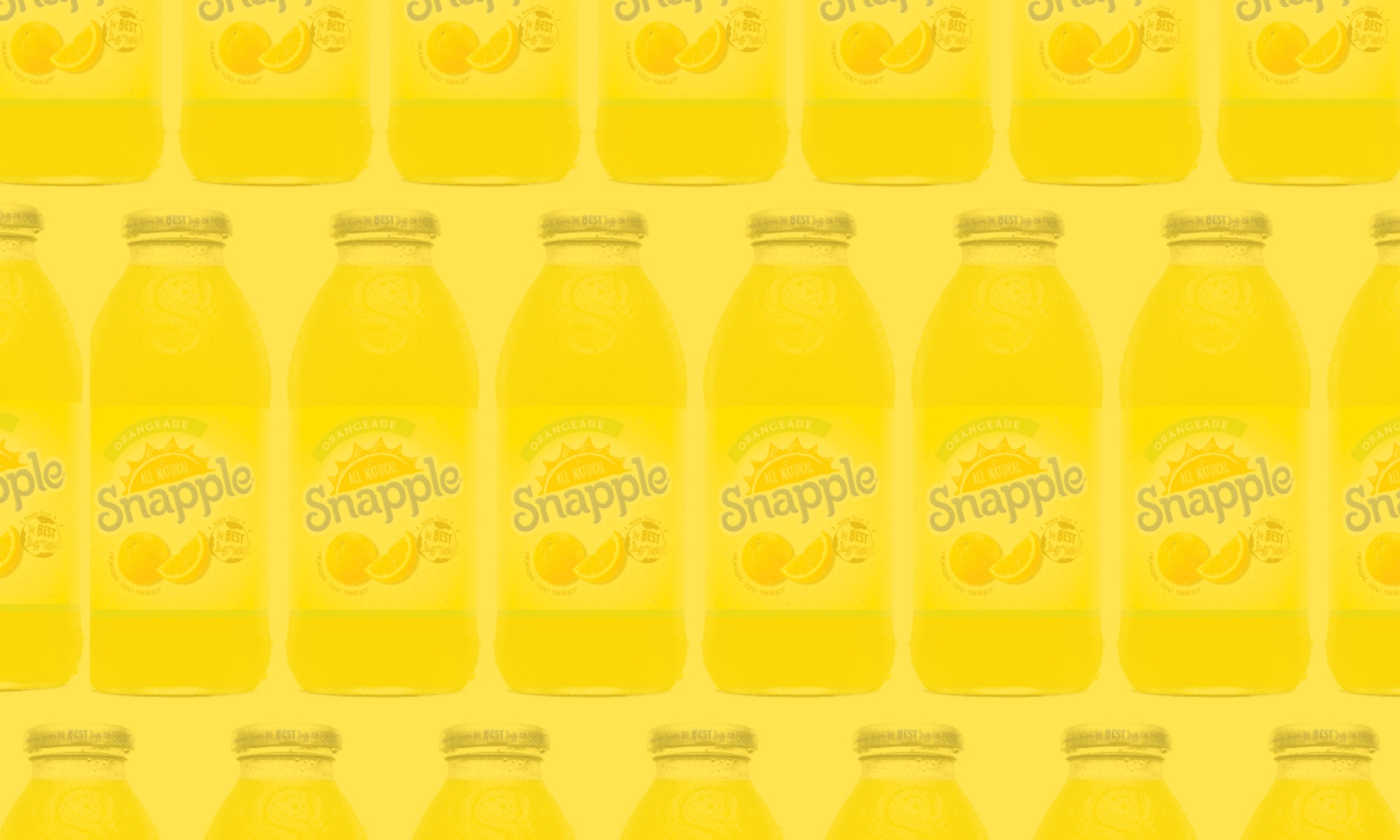 The night before something big is to happen in my life, I don’t sleep very well. My mind can’t stop doing summersaults and my body can’t get comfortable. I know I’m not alone in this sort of night-before, anxiety-based alertness, but knowing it happens to other people doesn’t help me get to sleep. This state of wide-awakeness tends to rear its head when I lay down knowing the alarm is going to go off at an hour before God’s awake—if God isn’t awake yet, I shouldn’t be either—and so that coupled with anticipation for the “something big” makes for a really rough night.

As such, the night before I moved to New York—something I’d been pining after for five years almost to the day—I couldn’t sleep. This was especially irritating because I was still tired from the last time I’d been on a plane. Days earlier, I’d returned from spending the summer in London studying as a part of my master’s program and with less than a week to turn things around, I had to repack and refocus so I could spend another season somewhere other than Texas.

It’s not that I was unenthusiastic or stressed about the unknown. No, I’d been waiting-for and planning-to move to New York since I first walked into Times Square during a spring break trip and something inside of me shifted. Oh. This is a thing. I need to know more about this thing. I dove into the Manhattan streets and by the trip’s end, I felt as home as Michael Phelps in his pool. So much so, I was hunting for a summer internship that could get me back to the city before I was even on the plane to fly home to Dallas. When that internship actually materialized, I was in the car with my friend Charley on the way back from our weekly movie date and she had to pull the car over so we could jump up and down and scream together in a parking lot. She hugged me and said in her southern drawl that I will always love, “Ryan. This is going to change your life.” Well she was right. Something permanently shifted in my makeup that summer and I would never be the same.

When the summer ended and the internship came to a close, I flew back to Texas in order to complete my education but I never stopped dreaming about the city. I was single-minded in my resolve to end up there and semester-after-semester, I did the work and I waited. Even when I decided to get my master’s degree, something that would further prolong my return, my end goal never changed. Then, in a beautiful twist, that master’s program wound up being my ticket back to New York; the reason I couldn’t sleep. Timing is a funny thing. Since I was a kid, people have told me that God’s timing is perfect and that I needed to trust and be patient. “Trust and obey, for there’s no other way,” the hymn goes. Well I’ve got news for you saints, that’s really hard to do sometimes. Most times actually. God’s timing, in my experience, can feel like the MTA subway schedule—it’s a suggestion of what “on time” should be. God can feel like the train you’re supposed to be on in order to get to work on time. Where are you?!

But, via the superpower of hindsight, it’s far easier to see God in the timing. Looking back, everything lined up like puzzle pieces. It happened like this:

After I returned from my summer internship in New York in 2005, I spent my junior year at the college I lovingly refer to as the Bible School for Super-Christians. Toward the end of that year, it became clear that I needed a change of scenery and that what I really wanted to study was writing. When I packed up my dorm room that May, I knew I wouldn’t be returning. I had no plan in place but in my spirit, it felt like goodbye. A couple weeks later, I landed a last minute job at my church to be a paid intern and help them run summer camps and VBS. I’d been doing both of those things for as long as I could remember so this was a slam dunk of a gig. Some of my fellow interns were Baylor students and the more they talked about their school—a place mythologized to the point that I was sold before I’d even seen it—the more I had to check it out for myself. I did and within a few weeks, I was on the books as a transfer student. Then, one of those chatty interns who’d piqued my interest in the school happened to have a two bedroom apartment and no roommate. I moved right in. (That puzzle piece was super-duper easy to see in the moment; no hindsight required. Sometimes God throws us a bone.)

Because I was transferring from another school, not all of my credits came with me to Baylor. So, rather than only having one year left as was the case at the Bible School for Super-Christians, I wound up having two and a half years to go. That half is the key. Thank God for that half. That one semester more—something I was profoundly irritated about in the moment because it meant my graduation would be in December and not in May like everyone else—is what would force me to begin my graduate school classes in January. So after my December graduation with my degree in Writing, I began mid-year in the Communications graduate program, also at Baylor.

Starting mid-year meant all of the in-school assistantships were spoken for by the normal grad students who began in the fall. In the moment, I didn’t recognize the importance of that missed opportunity and truth be told, I wasn’t even looking to be a TA. I was on tap to be the editor of the Baylor yearbook and in doing so, I’d get the same scholarship I would’ve received as a TA. But, this sort of off-kilter schedule with the rest of my classmates meant that I would, again, graduate in December.

This is where it gets good. After a year’s worth of grad school classes, coupled with the classes I took during the summer in London, I didn’t have any courses left to take during my final fall semester; the semester that was the byproduct of the blessed half that had frustrated me so. I had only to write my thesis and well, I could do that anywhere. That meant when the opportunity to live in Baylor’s student housing in New York City for that final fall semester presented itself, I had nothing to prevent me from going. The yearbook had finished in May and I didn’t have any assistantships to consider because, again, those were full year commitments and I only had…a half. The path was then fully open for me to make the move to the Big Apple.

See, God’s timing makes far more sense in hindsight. Each piece of my story within that five-year span of time latched together seamlessly. Oh it felt like there were a thousand what the hell moments along the way, but via 20/20 hindsight, I could see how all of those things led me back to where I was supposed to be. Not only that but this time, I was more grown, more fully-me, I had an army of friends-as-family, and I was far more mentally prepared to live in the greatest (and toughest) city in the world.

So why couldn’t I fall asleep then? I even told myself, This is stupid Ryan. It’s your favorite place in the world. Go to sleep. It never happened. When the alarm went off, I was awake to greet it. I got on the plane like a foggy groggy monster and since I’m already not a fan of flying, my lingering tiredness only made the hours in the air feel stretched out like unbearable Silly Putty.

But then I saw the city out of my plane window.

I had a perfect view; the skyscrapers and high rises jutting upward from the slender island of Manhattan like bristles on a brush. I was home.

I settled into my apartment in Long Island City, threw my messenger bag over my shoulder and headed toward the subway. Though I’d been to the city on short trips within those five years, this time was different. This was the start of something new. I walked for miles, meandering into stores, taking pictures of anything and everything, and drinking Orangeade.

Orangeade is something I couldn’t find in Texas. In that first internship summer of ’05, I became obsessed with Snapple Orangeades and regularly picked one up from the bodega on the way to work each morning. Once when I was at Baylor, I even had a box of the drinks shipped to me so I could combat my withdrawals. That’s how pronounced my love for the ‘ade is. Then, moving to New York on August 14, 2010, I could get them whenever I wanted. I drank three that first day, something that wasn’t healthy for anything other than my spirit, and by the time I stood under the bright lights of Times Square that evening, I felt like I’d never left.

A lot has happened since that night. I settled into Harlem, started an online magazine and changed jobs a couple times. I’ve had my heart broken and I’ve fallen crazy in love. I’ve experienced some of the most astounding art ever produced on stage and I’ve had some of the best food money can buy. My favorite part of the city has shifted over time—it was the East Village, then the West, then Hell’s Kitchen, then the Upper West Side—and I’ve discovered favorite restaurants before watching them be replaced with banks or coffee chains. I’ve seen concerts at The Garden, been to Opening Nights on Broadway, and amassed a group of friends who are infinitely more important than any of those other things. All in all, I’ve cobbled together a pretty unexpected and beautiful life.

As an intern that first summer, I almost stayed in the city. I was offered the opportunity and I almost took it but I knew I wanted to finish school. At the time, I didn’t know how I’d get back but my focus never wavered. There may have been some frantic and frustrated prayer-begging from time to time, but every piece of the puzzle fell into place just as it needed to so that I could start my post-education life here, my favorite place in the entire world. And as it turns out, God wasn’t the train that didn’t show up on time. It may have not been on my time, but God was the train that showed up exactly when needed and took me to exactly where I needed to make my next connection. And it’s been a hell of a ride so far.