One summer during college, I participated in an internship at my church. I’d applied to work in the church bookstore for the summer as a way to make some money but when I had my interview, they offered me a paid internship within the children’s ministry instead. It sounded far more interesting than retail so I said yes and it was a great summer. I made some amazing friends and we spent our days encouraging kids and our evenings drinking sweet tea while watching Big Brother and So You Think You Can Dance. Of the many cool opportunities afforded us, one of my favorites was the annual Day Camp that took place at a nearby waterpark.

Every day for a week, we were given early access to the waterpark so for a couple hours before it opened to the public, we met in the picnic area to learn about different people in the Bible before spending the rest of the morning running around the park with our designated campers. Mine were a group of fourth grade boys.

Fourth grade is a good time to be a kid. You’re old enough to know what’s going on at school but you don’t yet have the inflated sense of seniority of a fifth grader. The boys in my group were fun to be around, they didn’t require a ton of hand-holding and they were polite to me and the other adults. It was a dream situation for a camp counselor.

Once we were released to go have fun, the first place they wanted to go was the kid’s area. I don’t blame them. The kid’s area of a waterpark is absolutely the best place to be. When I was their age, we went to Wet n’ Wild each year during our church’s Day Camp. That was one of my favorite weeks of the year. Each day, we’d go on an adventure to someplace different: riding rollercoasters at Six Flags, slipping on the ice skating rink, couple-skate-right at the roller rink, or splashing around a waterpark while getting sunburned. There was always plenty of Gatorade and at the end of the day, we all got Blow Pops. While I liked the flumes and the wave pool at Wet n’ Wild, the kid’s area was where I preferred to be. The water came up to our knees, there were waterfalls to stand beneath, and the centerpiece was a “crashed” pirate ship full of nets to climb, water cannons to shoot and places to hide. It was a highly-chlorinated dreamland and as a boy with affinities for The Little Mermaid and The Creature from the Black Lagoon in equal measure, it was the most amazing place in the world.

The kid’s area at the waterpark during my internship was a bit different in that it didn’t have a pirate ship, but it did have a giant bucket of water that sat atop the play area; a bucket that would eventually tip, dumping countless gallons of water all over us. This was a big thrill unless you were mid-conversation with a fellow intern when the bucket tipped, dumping water on you mid-sentence and filling your mouth with chlorine. It’s pretty hard to stifle a “dammit” after you spit up a gallon of water, but we did what we had to. No one wants to be the camp counselor who gets in trouble for having a potty mouth. Once my guys were good and tired of the tiny kid’s area slides, it was time to hit the big ones.

The biggest slide in the park was the one the boys in my group gravitated toward. Oh they’d talked a big game since they arrived that morning. It’s gonna be awesome! I’ve done it a hundred times! Let’s go! Let’s go! Me, their leader, had to go up the spiraling stairs to the slide of death with them but I also had every intention of putting them in line and then winding my way back down the stairs to fetch them at the exit near the pool. If they wanted to hurl their bodies down the slide and chance fate in that way, more power to them—their parents signed release forms for this purpose—but I had no interest in joining them.

In a single file line, we took to the stairs. The boys were stoked. Aww man, it’s gonna be so awesome! Higher and higher, we ascended toward the top of the slide. My brother did it five times when he was here! The platform at the top gave us a pretty nice view of the surrounding neighborhoods. North Texas is as flat as can be so from up there, I could see my high school to my right, the church in the distance to my left and malls in front and behind me on the horizon. While I was busy taking in the view, I hadn’t noticed how the boys in my group had gone quiet and were idling near the entrance to the slide. I turned to see the life guard standing in the rushing water, ready to send each of them plummeting back down to earth on the slide of terror fun, but no one would get in line. Their big talk quickly disappeared when they were faced with actually having to go down the tall slide and now magically, no one wanted to be the first to attempt it.

Amongst themselves, they started doing the thing kids do where they bargain with each other. I’ll go if you go. You go first then and I’ll follow. No you go first and then I’ll follow you. Standing there, I asked who would be the first to go and not a peep came from my troupe of fourth grade scaredy-cats. I told them, “Hey, you guys are the ones who wanted to do this so let’s make it happen or let’s walk back down the stairs.” They stood frozen. The lifeguard tried to tell them there was nothing to be afraid of and though I looked at him with contempt, I told them he was right.

It felt like minutes went by and no one would go down the slide. That’s when I heard myself say aloud, “Fine. I’ll go first and the rest of you can follow me.” I then felt the water on my legs as I sat at the top of the slide, awaiting the lifeguard to signal it was my turn to tempt fate. I didn’t make these decisions. My frustration had taken over my body, switched on the problem-solving autopilot, and the next thing I knew, the lifeguard was telling me, “You’re good to go.” That’s when I came to my senses but it was too late. I was stuck now. I fearfully pushed off from the top, laid back, and started moving with the water.

It’s a good thing those slides don’t have cameras taking pictures of you like the rollercoasters do because that picture wouldn’t have been pretty. A look of surprised trauma froze on my face as the water carried me forward. This was a horrible idea. The slide carried you out parallel to the ground on a straightaway before the first drop occurred. Oh yeah. There were not one but two drops. Flying forward with the water over the first drop, I felt my body lift off the slide and panic immediately set in. This was it. This was how I died. I was certain I’d be the one who wouldn’t land on the slide and would instead land as a splat on the concrete below. Yet, I landed with a splash on the slide’s next straightaway. I was alive! I’d made it! I can do anything! These thoughts were split-second celebrations but before I had time to acclimate to my new life as a survivor, I careened off the second drop. Falling, again, I figured that though I was lower to the ground than I’d been on the first drop, I’d still wind up a splat on the concrete. I’d celebrated too soon. This was my swan song. I’d end up on the news for sure. What a way to die.

I didn’t though. I landed on the slide and upon skidding to the end, I jumped up. I’d done it. I’d conquered the giant. I was amazing. I turned and pointed up at my troupe. If I can do this, so can you!

A dozen fourth graders then did the same thing I’d done. Twice. Three times. They ran up those stairs and slid down that slide of terror so many times in the subsequent days that I found a preferred seat under an umbrella below and just waved them on as they cheered, “Again! Again!” Though no one else seemed to acknowledge my immense bravery—I was awarded no pins or medals for surviving such a traumatic ordeal—I realized it took me hurling my body down that slide before any of those boys would take a chance on it for themselves.

I don’t know how much of an impact I personally had on the kids during my internship that summer. I’m sure in a megachurch the size of ours, there were so many adults in and out of there that my being their day camp counselor for four hours a day for one week was hardly memorable. But I do hope that the next time they faced something that scared them, they were a little more apt to take a chance and conquer it. They certainly weren’t scared of that slide of terror after I endured my nightmare. Hopefully, they learned to face their non-water park related fears head-on as well.

I actually learned something that week too: I haven’t been on a water slide since. Lesson learned. 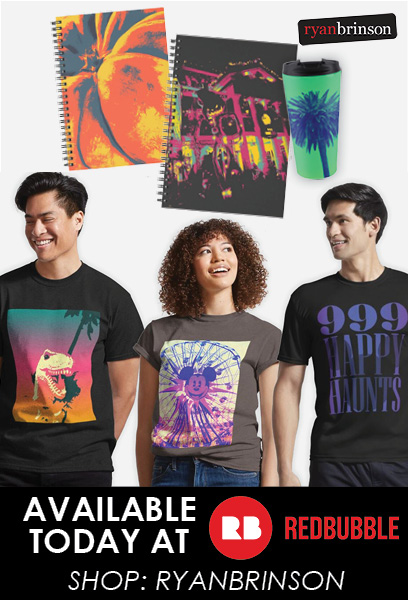