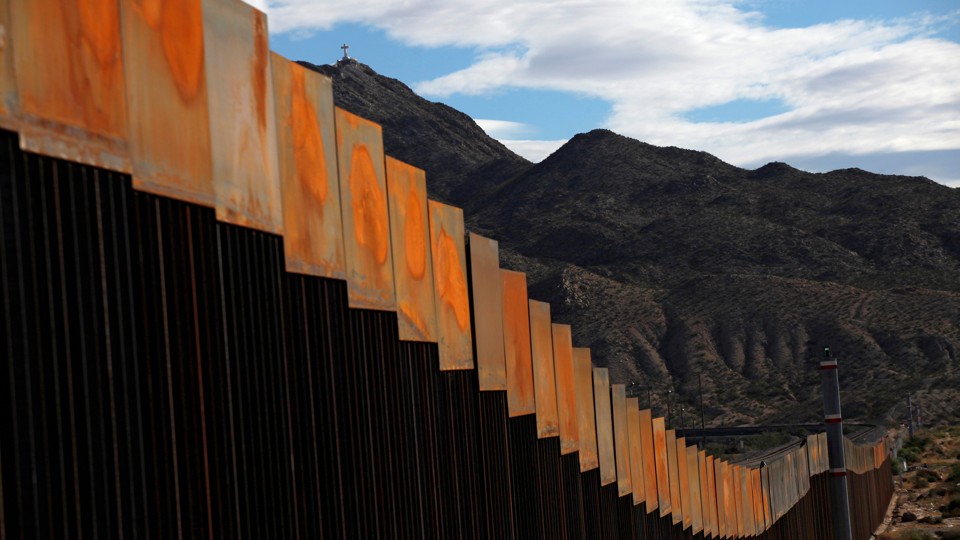 This morning, I read yet another story about children being ripped from their parents’ arms as their parents were deported at the hands of United States immigration services. This is the third such story I’ve read since Friday. Children are being torn crying and screaming from their parents because someone in the government has decided these parents don’t qualify in making American “great.” What the hell is going on?

Glennon Doyle, author of Love Warrior, posted this statement and it gutted me so much that I felt sick to my stomach:

“We met a terrified six-year-old blind boy taken from his mother at the border. All he did was beg for his mother. If we cannot represent him, he will stand in front of a judge and represent himself, since there is no public defender system in immigration court, even for children. So will the 12-month old baby we met – stripped from her inconsolable mother’s arms. So will the 58 other children living in that children’s detention center in the middle of Arizona right now, all under the age of 10, all afraid and desperate for their mothers and fathers.” —Lauren Dasse, Esq., Executive Director, Florence Immigrant & Refugee Rights Project

I question why any human person can read that or see the pictures of this happening and ignore it. The it-doesn’t-affect-me-so-I’ll-look-the-other-way attitude in America is louder than it’s ever been and the madder and more frustrated I become, the more I keep coming back to the same question: Where are you, church?

Having been raised in church and later working in churches for many years, the first thing I was taught was to love people. “I just want to love people,” is what every “non-judgmental” Christian has said for decades. “I don’t care what your past looked like or where you’ve been, I’m called to love you.” Roger that. Where are you as those children are being pulled from the arms of their parents who love them? I don’t see any Jesus in that. Aren’t you supposed to be hands of Christ on Earth? Where are you?

Ryan, immigration is tough and there are so many nuances to it. We can’t let America be a free-for-all and let just anyone in.

“Give me your tired, your poor, Your huddled masses yearning to breathe free, The wretched refuse of your teeming shore. Send these, the homeless, tempest-tost to me, I lift my lamp beside the golden door!” —“The New Colossus” engraved on the Statue of Liberty

I’m usually the last person to conflate Christianity with American nationalism but if Evangelicals voted for this sort of policy to be enacted in our country, then I have to ask you—American Evangelical person—if these immigrant and refugee people aren’t considered “least,” “poor,” or “homeless” then who is? And don’t tell me what you really meant was that you wanted to keep the terrorists out. With so many homegrown white male terrorists murdering our nation’s kids in their schools, perhaps it’s time to accept that that problem isn’t border-centric after all. I see the question, “Where is our humanity?” posted on social media after every school shooting and I too have wondered where it went. the same. But, I do know that it can’t be found anywhere within the mouthpieces of the evangelical church. Why do I know this? Because they aren’t saying anything. Their silence is their answer. So, my question has changed because I know where the church is. My question is now for the church and it’s become, “Where is your Jesus?”

Jesus; That brown skinned immigrant. That man who instructed us to “love your neighbor as yourself.” Where is he? Where is your Jesus among your actions, among your outrage, among your compassion? I keep looking for Jesus in today’s Evangelical church but in the words of the great songwriter Rich Mullins, “Faith without works is like a song you can’t sing. It’s about as useless as a screen door on a submarine.” The church’s and action—or lack of action—is incredibly telling about the gospel to which they prescribe.

Jen Hatmaker has been saying something on repeat for the past few months that I’ve come to revere. “Burn it all down.” What she means is that it’s time to dismantle the American Evangelical church from the mountaintop it’s created for itself. It’s time to tear apart the patriarchy that dictates what God says and who’s allowed to hear it. It’s time to set fire to the racism that’s enabled white men to sell out the church to an administration that doesn’t act or speak anything like Jesus.

For the first time in my life, I’m embarrassed to tell people I’m a Christian. That term is now tied to people who voted for a bigot and in no way does that represent Jesus. People have forgotten that so much of Jesus’ ministry on Earth was an assault against social norms. It was an assault against legalism. It was an assault against the black-and-white religious doctrine of the day. Jesus stood for an uprising among the church and the “pastors” of the day, the religious leaders, hated him so much that they had him killed. He held a miracle brunch of loaves and fishes and shared it with everyone in attendance. They didn’t have to be a part of the right social program or have followed all the right legal steps to entitle them to that brunch, he just gave it to them because they were people who needed to be fed. He healed people on the Sabbath—breaking one of the biggest religious laws of the day—simply because people were hurting and needed healing. He welcomed people into his circle who didn’t look or act like what the religious “we’re right” said they should look or act like. Over and over, Jesus said the church had lost its way and needed to be transformed. That transformation he advocated wasn’t through programs and policies and worship bands that sound like Coldplay, it was through giving to the poor.

I’m tired of an unresponsive church who choose to stand by and allow children to be torn from their parents’ arms.

I’m tired of Christians who will send hundreds of dollars to missionaries overseas but will vote to prevent refugees from coming into our country of abundance.

I’m tired of Christians who will prioritize building a wall to keep immigrants out but won’t prioritize keeping immigrant families together. For people who claim to care so much about family values in the voting booth, they don’t seem to care about any family except their own.

I’m tired of gay kids killing themselves because their church and their family tell them they’re wrong for being who they are and then subsequently blame them for feeling that way.

I’m tired of the church lying to gay teenagers by telling them their same sex attraction can be somehow prayed away.

I’m tired of gay adults being barred from participation in ministry because they openly love someone of the same gender. If you’re in the closet and lying about it, then apparently that’s fine for ministry. But once you stop lying, you are no longer welcome to participate.

I’m tired of Christians championing gun lobbies in the name of a man-made sentence on a centuries-old piece of paper. God did not write the second amendment.

I’m tired of pandering politicians who say they’re praying for the victims of school shootings while also accepting hundreds of thousands of dollars from the NRA in order to keep those assault rifles on the streets.

I’m tired of churches who will stand by and do nothing while children, literal children, are gunned down in school but will raise hell over a fetus that isn’t born yet. Do “All Lives Matter” as you so insensitively claimed a couple years ago? Apparently not the lives of the kids and teenagers who are being gunned down on a weekly basis.

I’m tired of black people being treated like criminals because white people have lived with privilege for so long that they can’t recognize humanity if it doesn’t have Caucasian skin.

I’m tired of white Christians who will adopt black slang and mannerisms at will but who’ll vote for a president who believes the lives of black people don’t matter.

I’m tired of white Christians who care more about black football players kneeling in silent protest at a game than they do about the black people in their community who are being killed by trigger-happy police.

I’m tired of the deafening silence from Christians when it comes to women being raped, beaten, talked down to or treated as subservient to men.

And lastly, I’m tired of all of the above people who have made the rest of us Christians look like idiots. They have dragged the message of Jesus through the mud to the point where it is unrecognizable.

I’m tired. I know there are Christians who are on the right side of this and who are active in fighting the onslaught of hatred being dumped on us every day, but I’m still so tired.

I’ve been dwelling in this tired place for so long that it feels like it’s the new normal. On a daily basis, I look at the church and ask myself, “Where are you Jesus?” I don’t ask this in a cute, “Where are you Christmas” from the Grinch sort of way, but in a, “Jesus, I can’t see you anymore in the multi-billion dollar non-profits that claim to have a mainline to your ear. Where are you?”

The truth is that Jesus is still at work. I see Jesus in the social workers trying to reunite shattered families. I see Jesus in the women like Glennon Doyle who are dropping everything to rally an army of women to run to those terrified and newly-orphaned children to share some sort of love with them. I see Jesus in people like Bethenny Frankel who is using every amount of privilege she’s amassed to bring aid, supplies, money and relief to the people in Puerto Rico who lost everything in the hurricane and were left all but abandoned by our/their government. I see Jesus working in tangible ways. I even see him working through people the church may not condone.

So I ask you, Christian person, where is your Jesus? When there are children being taken from their parents, where is your faith in action? I wish I could see Jesus in you. I see far more of him among those fighting for change, for equality, for women to be treated as equal human beings, and for dignity among the poor, the refugee and the ostracized.

Where is Jesus? Odds are, he’s with “the least of these.”

To donate to Glennon Doyle’s effort to help these children who’ve been torn from their parents, head over to https://togetherrising.org/give